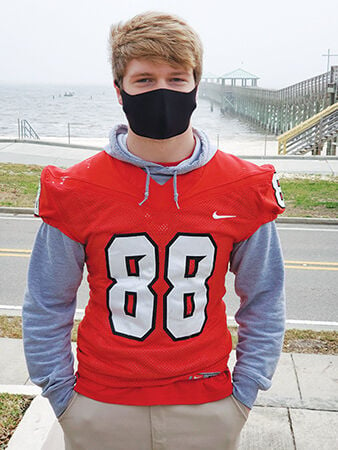 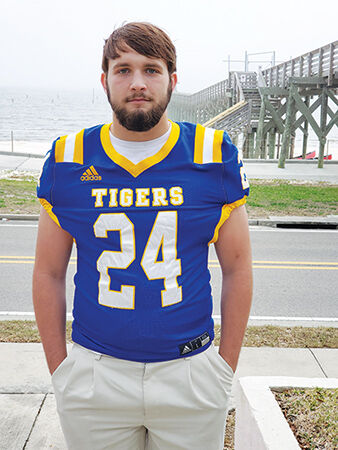 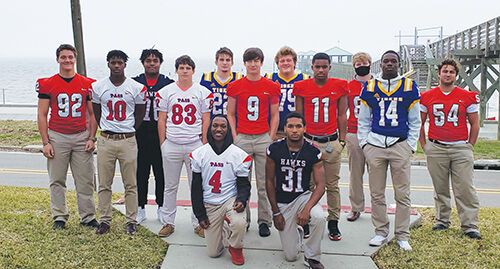 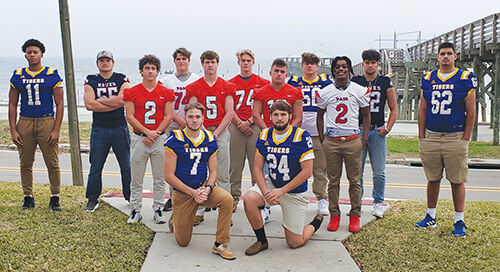 Despite a somewhat shortened season on the high school gridiron due to the pandemic that continues to ravage the world, the area teams knew just how close they were to not having a season at all in 2020. After all, several key logistical indices were not decided until the week of the first games such as capacity in stadiums.

However, even with numerous regulations and prohibitions in stadiums across Mississippi, the high school football players co tinued to meet each week with great expectation. That also went for the four area teams this publication covers - Bay High, Hancock, Pass Christian and Saint Stanislaus.

The Hancock Hawks was the only team that suffered a quarantine and missed games. But, all teams in the area were affected by the fallout having lost games to the pandemic and its subsequent quarantine.

It was a strange season, no doubt, but, one thing remained consistent. The area was blessed to be playing the game and here are the ones who exhibited great resolve in an unprecedented season.

Each one wreaked havoc on their opponent and galvanized their teammates each week to accomplish a new goal. Here is a closer look at both sides of the football and the chess pieces that crowned the board.

The offensive side of the ball is paced by the Player of the Year running back Noah Cutter of Bay High.

He helped his Tigers to the post-season for the first time in several years and a 4-4 record.

Cutter commented, “We started the season wanting to spread the ball a little more but it worked out as the season went on that I carried the ball more. The pandemic affected just about everything we did from preparation to practice to games. It was certainly not a typical year. Coach (Jeremy) Turcotte brought intensity to the field and helped bring everything together. Next year, we have our sights set on a division title and going further in the playoffs.”

White, a 5’9” 160-lb athlete, took over at quarterback for the departed Dustin Allison thus season and rushed for 625 yards and 10 touchdowns and threw for 774 yards and seven touchdowns for the Pirates.

Kyle Stegall, a 5’10” 190-lb sophomore running back, powered the Rocks’ running game with 581 yards and four touchdowns on 88 carries while Ladner, a 6’ 175-lb wide receiver, led the Rocks with 21 receptions for 358 yards and two touchdowns.

The defensive side of the football created a wall against opposing offenses led by Saint Stanislaus linebacker Blake Bilich.

Bilich, a 6’ 205-lb run stopper, led SSC with 95 total tackles including 41 solos, seven tackles for loss, three hurries, an interception, two fumble recoveries and three forced fumbles. This was his third year as a starter for the Rocks.

Bilich stated, “We knew coming into the season that we had to do whatever we could to help our offense. We had to force turnovers, make stops on fourth down, whatever was necessary. We have been fortunate to enjoy the post-season each year I have been here but exiting in the first round hurts. But, that teaches you relentless resolve. I could not have achieved what I did without my teammates. They are the best group ever and I thank them for every snap we took.”

Fayard, a 6’2” 210-lb end, made 44 total stops with six sacks and is receiving interest from Southwest CC.

Russo, a 6’1” 290-lb two-way four-year starter for the Tigers, had 50 tackles and two sacks. He is receiving interest from several junior colleges in Mississippi.

Singleton, a 6’1” 190-lb defensive back, has committed to PRCC for football. In 2020, he tallied 47 stops with two interceptions and three pass breakups.