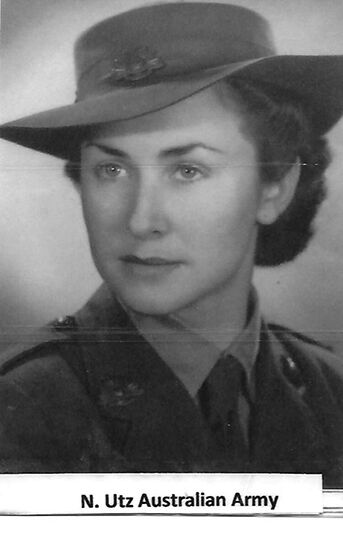 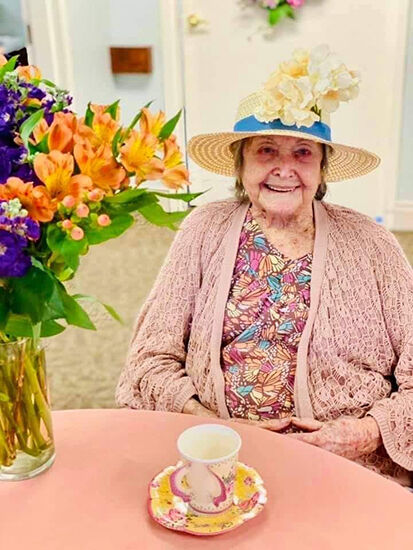 Funeral homes often submit obituaries as a service to the families they are assisting. However, we will be happy to accept obituaries from family members pending proper verification of the death.

“Miz Necie” was the daughter of Albury and Irene Dawson. Born in Dunedoo, a small hamlet 100 miles NW of Sydney, Australia on January 2nd, 1923. She was the middle child of 5 - Reginald, Myrtle, Necia and twins Pheoebe and Namoi. She outlived them all. The angels came for her in her sleep, in the wee hours of Sunday morning, May 30th, 2021. She was 98 and going strong almost to the end. The smart money had her making 100, but the good Lord needed her more.

Albury told Irene that, “we've got to move to Sydney in order to get these four girls married off”. Amidst World War II, the plan worked to perfection. Private Necia Dawson joined the Australian Women's Army Corps (AWAC). She met PFC Lee Pershing Feathers (US Army) on the fantail of the Sydney Harbour Ferry and the rest was history.

They were married on August 9th, 1944. Having used all her Official Leave on their honeymoon, Pvt. Dawson (now Feathers) went AWOL for a few days to see her husband before he shipped out for New Guinea. Her Commanding Officer was not happy with her. With a stern admonishment and a slap on the wrist, he sent her on her way, with the solemn promise not to do it again.

One of her proudest moments was becoming a naturalized citizen of the United States in 1963.

Necia was widowed twice and lived independently until February 2020 when she moved into Assisted Living at Dunbar Village in Bay St. Louis, MS. The staff members at Dunbar Village were true heaven-on-earth angels, who gave her such loving care and support these past 15 months. The family cannot thank them enough for their professionalism and compassion, especially through the trying times of the Covid pandemic. We thank the entire Dunbar staff, and especially Crystal, Bonnie and Serena.

It is hoped that Heaven has High Tea and Bingo. We're pretty sure her first words to St. Peter upon reaching the Pearly Gates were: “How's the weather up here?”

The family will scatter her ashes on the top of Roan Mountain, TN, at a later date as per her wishes.

Miz Necie continued serving meals to the homeless and needy in the King's Kitchen at Central Bible Church until the age of 97. She was an amazing Christian woman and she will be missed by her family and friends.

In lieu of flowers, we know Necia would appreciate donations to The King's Kitchen, 2005 Longfellow Rd., Bay St. Louis, MS 39520 so that The Lord's work can continue.

RIEMANN FAMILY FUNERAL HOME, Waveland, is serving the family. An online obituary may be viewed and memories shared at www.riemannfamily.com .

Offer a personal message of sympathy...

By sharing a fond memory or writing a kind tribute, you will be providing a comforting keepsake to those in mourning. If you have an existing account with this site, you may log in with that below. Otherwise, you can create an account by clicking on the Log in button below, and then register to create your account.

Add an entry as

Add an entry
Watch the guestbook. Stop watching this guestbook.