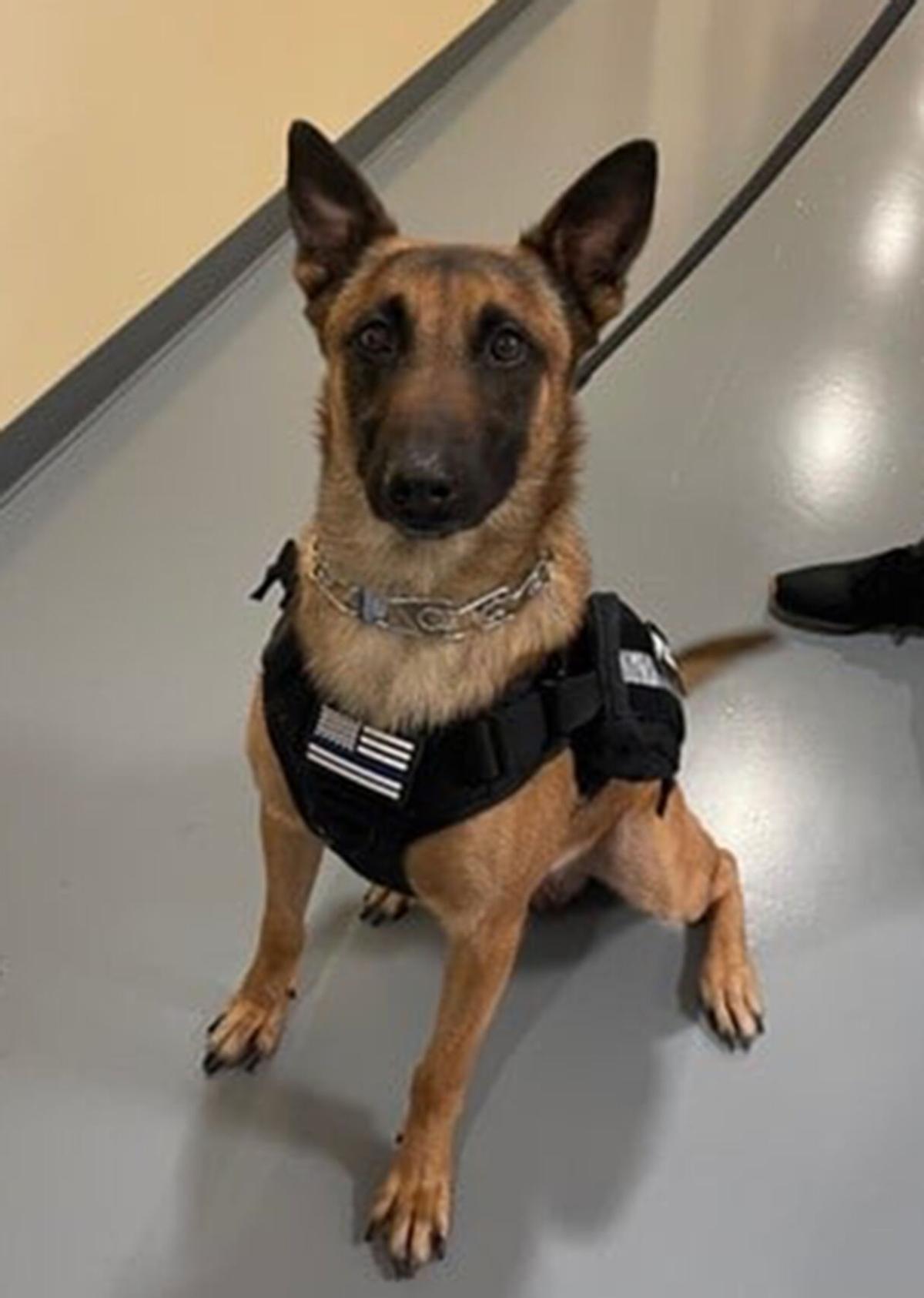 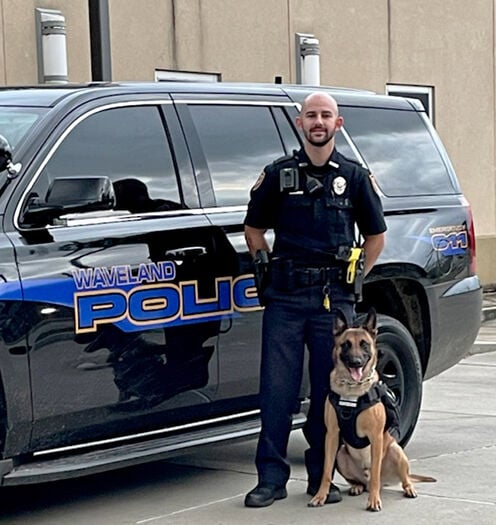 “We were very fortunate to get him,” Prendergast said.

DeSalvo said he applied for the handler position due to his love for dogs.

“I always said that if I ever became a police officer, I want to be a canine officer,” DeSalvo said. “It’s something I’ve always wanted to do.”

Mako lives with the DeSalvo family and took to the family “really well.”

When it’s time to go to work, Mako is right there with DeSalvo.

“He follows me everywhere,” he said. “He’s a really good dog.”

In January, DeSalvo and Mako will attend a five- week training course at U.S. Canine.

DeSalvo said Mako will be trained to sniff out narcotics; tracking, which can help lead to the apprehension of a suspect or a missing person; and bite work.

Bite work is not used all the time, DeSalvo said. If the officer has to utilize Mako, DeSalvo said, it would be during a situation where someone won’t give up.

DeSalvo said the addition of Mako is an asset to the police department.

“It helps a lot,” he said. “If there’s a burglary in progress, it’s nice to have partners with you. But when you have a dog, he knows if someone is in the house and can take you right there to the person.”

Both Prendergast and DeSalvo said they are eager to also utilize Mako and make visits to local schools and talk to students about Mako’s role as a police dog.

“Mako is a really good public dog,” DeSalvo said. “But he gets in gear when it’s time to go to work.”

He added that there is a total of 18 years’ combined law enforcement experience between the three and all are certified.

“We’re very fortunate to get them,” he said.

Prendergast said that the numbers of officers at police departments throughout the country are currently low.

Prendergast said the department reached out to potential recruits on Facebook and visited Camp Shelby to interview potential officers and pass out applications.