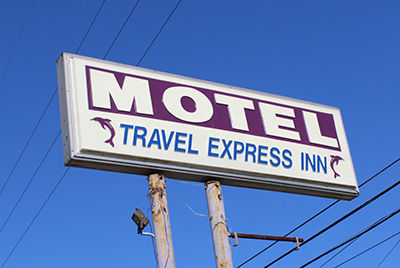 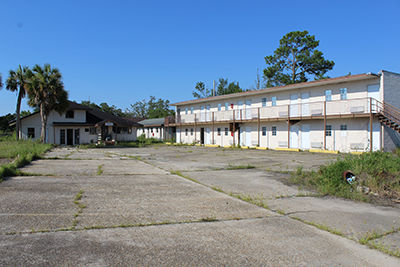 Photo by Cassandra Favre
1 of 2

The Waveland Board of Mayor and Aldermen on Wednesday declared the property located at 467 Hwy. 90 — site of the former Travel Express Inn a menace to public health and safety.
During Wednesday’s public hearing, Waveland city attorney Malcolm Jones — based on the opinion of Waveland Building Official Josh Hayes — said that the structure is dilapidated and unsafe. He added that there is also overgrowth and debris on the property.
There are no secure doors or windows which has allowed for moisture penetration, he said.
The building’s structure is also deteriorated to the point of collapse, Jones said.
Hayes said that the structure is unsafe and needs to be demolished.
The board voted unanimously to declare the property a hazard to public health and safety and authorized the city’s administration to obtain quotes for demolition.
Waveland City Clerk Mickey Lagasse said the city will be sending a 10-day demolition notice to the registered agent, 21 Boutique, LLC.