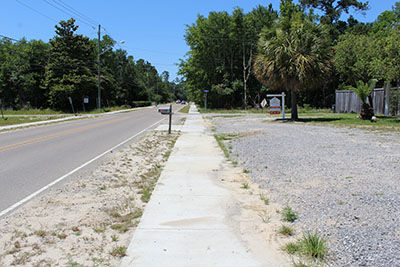 The Waveland Avenue sidewalk is about 1.2 miles. 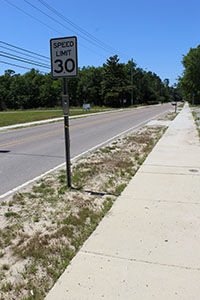 The Waveland Avenue Sidewalk Project is another component in the city's aim to make Waveland "walkable."

The Waveland Avenue sidewalk is about 1.2 miles.

The Waveland Avenue Sidewalk Project is another component in the city's aim to make Waveland "walkable."

In addition to 1.2 miles of sidewalk on both sides of the street, the project also included drainage upgrades, Waveland City Clerk Mickey Lagasse said.

“The city wanted to make it safer for kids to walk on,” Lagasse said. “It is one of the busiest roads in the city. It’s part of a longterm goal to make Waveland walkable.”

Funding for the project was through the Gulf Regional Planning Commission and the Mississippi Department of Transportation, he said. The city had a 20 percent or $180,000 match.

The project took about a year to complete, Lagasse said, and everything was completed within the time limit and budget.

Waveland Mayor Mike Smith said that the sidewalk is a “fantastic addition to the city.”

“I’ve seen people riding bikes, walking their dogs, and jogging on the new sidewalk,” Smith said. “It provides a lot of connectivity in Waveland.”

Smith said that once the sidewalk is installed on Herlihy Street, then Waveland will have “real connectivity.”

The next phase of construction in Waveland involves the Nicholson Avenue overlay, walking, and bike path project. The project is slated to begin in June and will run down Nicholson from Jeff Davis to Highway 90.

For that project, the city is utilizing local public agency funding through MDOT administered by Gulf Regional Planning Commission in the amount of $850,000. The city’s portion is not to exceed $170,000, Lagasse said.

Another sidewalk project will stretch from Herlihy Street, up St. Joseph to Old Spanish Trail, and over to Margie Street, Smith said. That project is estimated to cost about $630,000, funded through Transportation Alternative Funding, administered by the GRPC, Lagasse said. The city’s portion is no to exceed $130,000.

Finally, the city has been approved to complete a traffic study of the intersections near Waveland Elementary, Smith said.

The study will be funded through Safety Money, also administered by GRPC in the amount of $8,000, Lagasse said. The city’s portion is not to exceed $1,600.