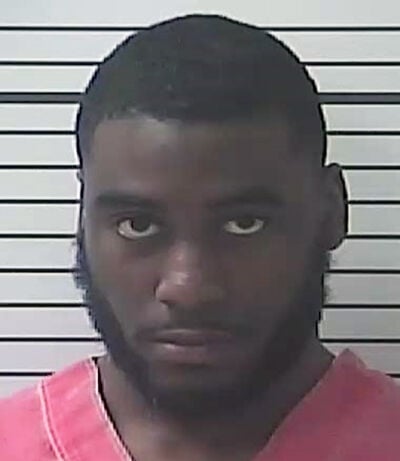 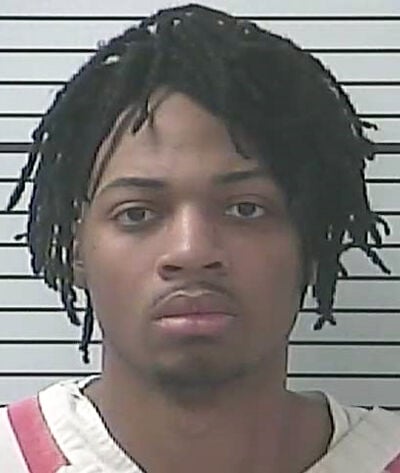 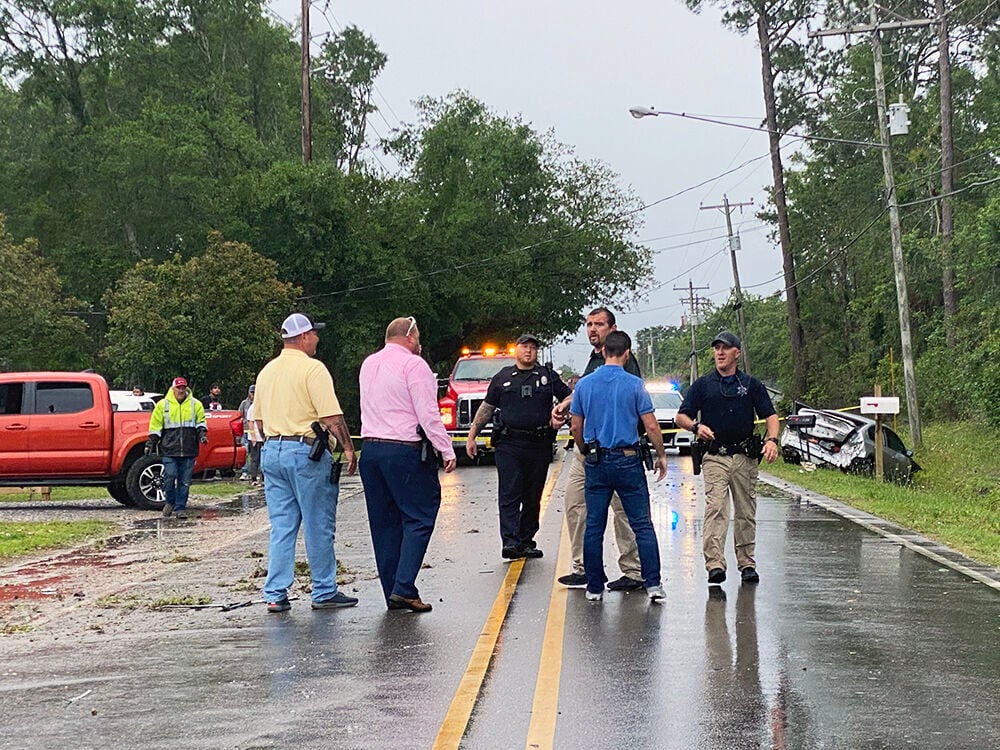 Multiple officers at the scene after the shooting spree ended in a collision at Old Spanish Trail and Turner Street.

Police on Sunday charged two Gulfport men for aggravated assault and robbery after numerous gunshots were fired throughout the streets of residential areas in both Waveland and Bay St. Louis in an apparent “drug deal gone bad.”

On Sunday at around 11:05 a.m., “Waveland officers responded to the area of Old Spanish Trail and Oxford Place in reference to a shooting involving persons in a silver sedan and an orange pick up truck,” according to a press release issued Monday by Waveland Police Chief Mike Prendergast.

“Officers arrived in the area and were unable to locate the subjects or the vehicles. Moments later, central dispatch advised of a two-vehicle accident at Old Spanish Trail and Turner Street, in Bay Saint Louis involving the vehicles that were involved in the shooting in Waveland. The subjects fled the scene but were later captured and taken into custody.”

Dayquan Perkins, 21, and Keith Cooper, 19, both of Gulfport were charged with armed robbery and aggravated assault manifesting in extreme indifference to human life, Prendergast said.

“At the scene of the shooting officers began talking to witnesses who advised they saw persons in an orange truck and a silver sedan chasing each other off of Oxford Place towards Old Spanish Trail where multiple gun shots were heard,” Prendergast said.

"During the investigation it was determined that the incident was a 'drug deal gone bad,'" Prendergast said.

Multiple homes and vehicles were riddled with bullets as the incident occurred, but police said that no major injuries have been reported.

Pendergrast said more charges are expected, since the shooting spree threatened the lives of innocent people and damaged property.

“The Waveland Police Department would like to thank the citizens of Waveland and Bay Saint Louis for reaching out with private videos of the incident,” Prendergast said. “If you have video or information involving this incident please contact Chief Investigator Eddie Hursey at 228-467-3669 or CRIMESTOPPERS AT 1-877-787-5898.”