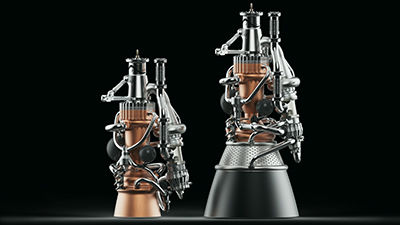 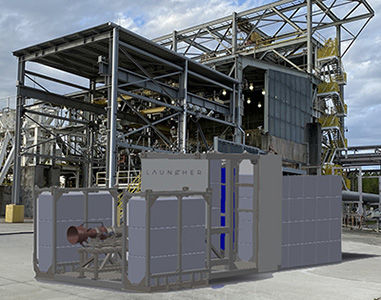 Hancock County is forging a relationship with a second startup space company. Launcher is working to develop the world’s most efficient rocket to deliver small satellites to orbit – and they’re planning to test their engines at Stennis Space Center.

Launcher recently announced an agreement with NASA allowing them to test the full-scale E-2 engine at the Stennis Space Center E complex facility.

“Very soon, I hope we’ll have a permanent team with local employees” said Max Haot, Founder and CEO of Launcher.

Sometime in the future, Launcher is “open to consider manufacturing in the area” he said.

Launcher began as a startup company in March 2017 with the goal of creating a 5-engine rocket that can launch into low orbit while holding hundreds of standard small satellites. The company is building their rockets by 3D printing the engine out of Copper Alloy – meaning their goal is to create a high-performance engine with a 22,000 lbf thrust.

This will allow Launcher to carry more satellites per launch at a lower cost to their customers. Haot explained that Launcher has 10 employees currently working out of an incubator in Brooklyn, New York.

“We’ve raised $5.5 Million to date, which includes a $1.5 million Air Force grant that we received in November 2019” Haot said.

Launcher landed the $1.5 million grant through the U.S. Air Force Space Pitch Day as an effort to accelerate the development and testing of Launcher’s engines. The Air Force grant is what is enabling Launcher to begin full scale testing of their E-2 engines at NASA Stennis Space Center.

“This announcement is further proof of the good work our state and local governments are doing to attract new research and development partners to Stennis Space Center,” U.S. Senator Roger Wicker said. “Launcher will join a host of other top-tier aerospace companies that have made Stennis their home for development of the next generation of propulsion technologies.” “NASA’s Space Launch System and the critical role the Stennis Space Center will play in its success can also help generate new space-related jobs and activities in South Mississippi,” U.S. Senator Cindy Hyde-Smith said. “I commend Hancock County for actively engaging companies that can support NASA’s mission and strengthen Mississippi’s space industry.”

“South Mississippi has a history of making waves in the aerospace industry and will continue doing so as America navigates a new era of space exploration. Launcher’s arrival to the Mississippi Gulf Coast will directly support job growth in our area while con-tributing to technological advances that cement America’s exceptionalism in space,” said Congressman Steven Palazzo, member of the House Appropriations Subcommit-tee on Commerce, Justice, and Science.