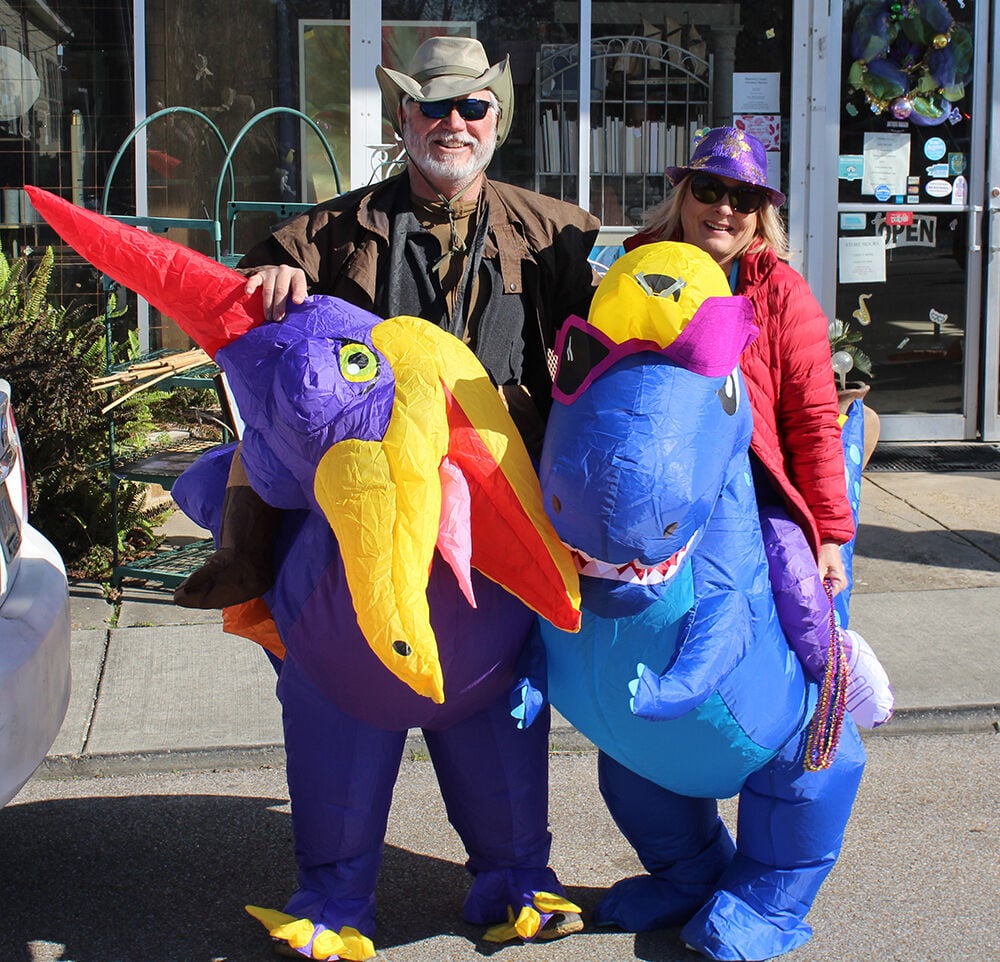 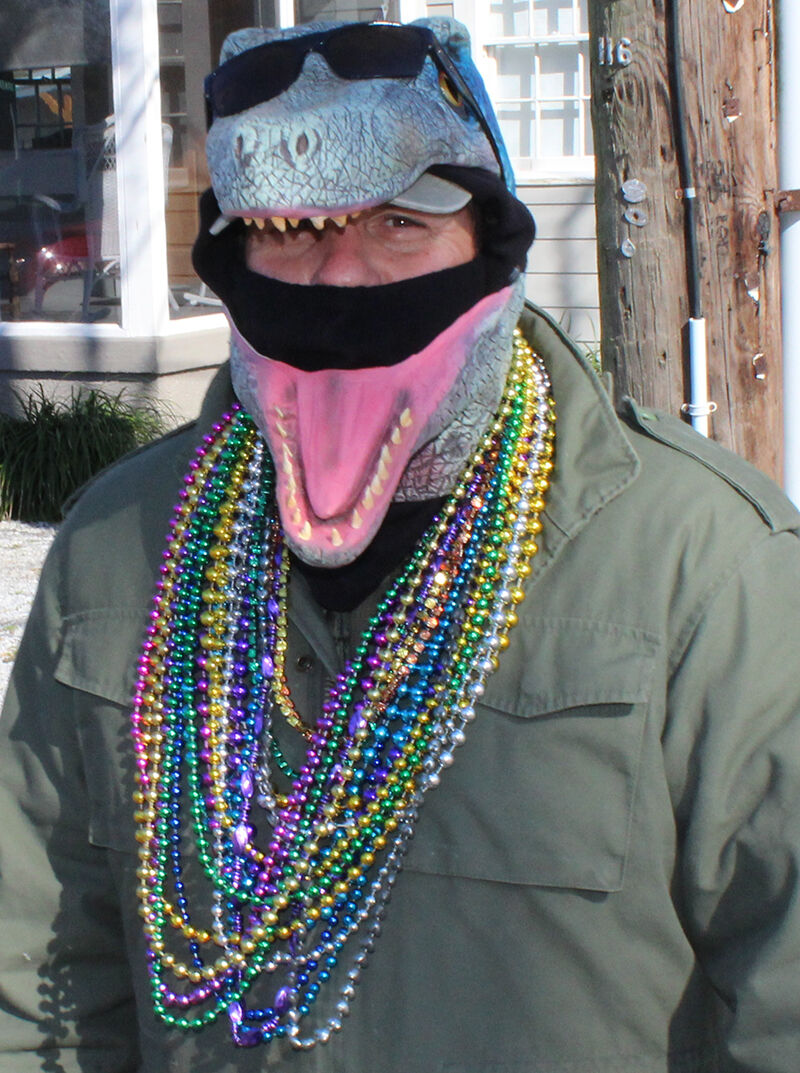 While Fat Tuesday was drastically short of parades elsewhere due to the coronavirus in most places, the T-Rex Jurassic Walking Club held its own mini-Mardi Gras parade in Old Town Bay St. Louis on Tuesday afternoon.

“They couldn’t have the Rex parade so we decided we’d have the T-Rex parade,” club member Mark “O’Saurus” said Tuesday.

Out of deference to the coronavirus, most of the club members were masked in one fashion or another, and non-family members marched more than six feet apart from each other.

About 20 friends and family members dressed as dinosaurs on Tuesday and gathered together on DeMontluzin Ave., marched down Beach Boulevard to Main Street, from Main to Second and turned back on DeMontluzin, winding up at the Ugly Pirate Cafe and Bar.

Since the parade wasn’t on any official schedule, there was no crowd assembled, but other people just walking down the street stopped to take photos and chat with the revelers.

“It’s just such a beautiful day,” Chef Ricky Peters of the Parrot Head Bar & Grill said. “Without these people, I wouldn’t be out on the street today for Mardi Gras. I took off work today for this. I’m so glad we did this.”

“Sometimes you just have to make your own Mardi Gras,” a woman in an inflatable dinosaur costume said.