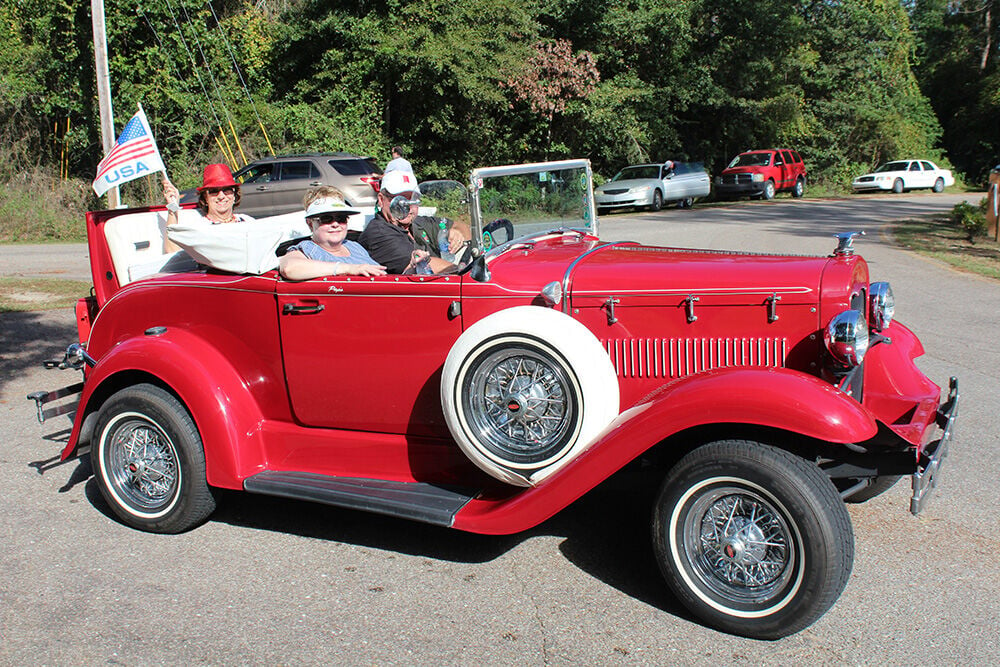 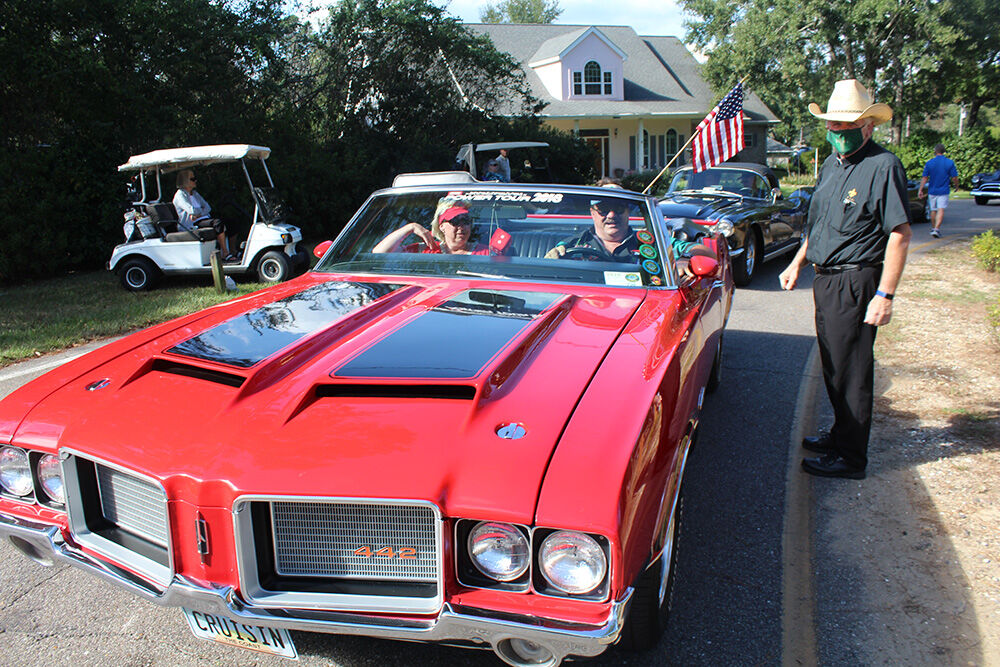 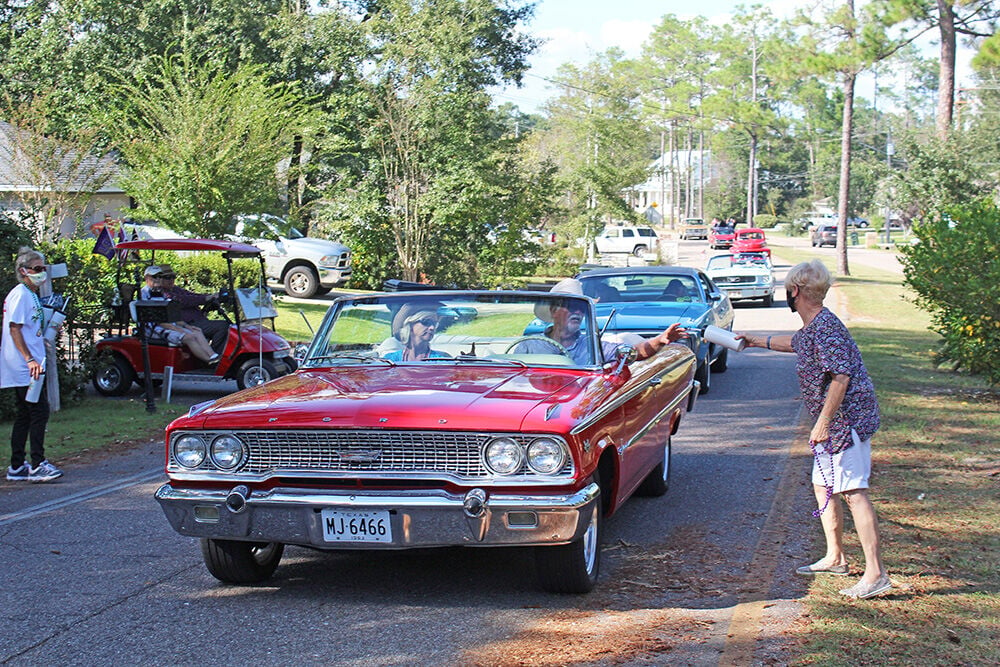 Despite the fact that Hurricane Delta was swirling in the Gulf of Mexico with a predicted landfall Friday evening in central Louisiana, Cruisin’ activities in Hancock County were continuing as planned, including at Wednesday’s eighth annual Blessing of the Classics in Diamondhead.

“We’re having an incredible turn-out,” Susan Duffy of the Hancock County Tourism Bureau said during the event. “And of course, we’re prepared for anything.”

Since the original blessing’s organizers Mark Duffy, Hank Holcomb and Wayne Cooper started the event in 2013, it has grown exponentially, becoming a family tradition not only for Diamondhead residents, who have “tailgate” parties out on their lawns as the classic cars roll by, but also for the Cruisers themselves, who return year after year.

"The cars just kept coming and coming,” Mark Duffy — still the chairman of the annual event — said. “You'd have thought we were handing out hundred-dollar bills or something."

Both she and her chihuahua were wearing protective masks to prevent the spread of COVID-19.

Hundreds of classic cars paraded through Diamondhead, each receiving a blessing from one of several volunteer priests and pastors of multiple denominations. The event culminated at Diamondhead City Hall, with a live concert by New Orleans band Lauren Munsch and Short Circuit.

Mopar Day in Da Bay was still going on at the historic Bay St. Louis Depot on Thursday, albeit with a slightly revised schedule.

This year marks the 10th anniversary for the annual Mopar celebration, which runs separate from, but in conjunction with, Cruisin’ the Coast.

The event is hosted each year by Mopars on the Coast and the Big Easy Mopar Association. The event Thursday was scheduled to begin at 10 a.m. with free food, give-aways and live music by Joni Compretta & Baytown Groove, the Dave Mayley Band and, if time and weather permit, American Idol 2020 finalist Faith Becnel.

“The event was previously held in Long Beach for the past nine years,” Lonnie Falgout, executive director of the Alice Moseley Folk Art Museum (inside the Depot) said. “They were looking for a new venue. They approached me at the Alice Moseley Museum (inside the Depot building), and I gave them a tour of the novel Depot District, the Live oaks an everything that goes with it. They fell in love with the location and gave us an agreement to come here for the next five years.”

Falgout said he and Hancock County Tourism Director Myrna Green “reached out to Hollywood Casino, which gave us an allotment of 145 rooms, and we’re happy to say that all 145 rooms have been filled. They gave the Mopar visitors special rates to attract them to Bay St. Louis and Hancock County, and all of these people will be coming here and spending money locally, in the Bay and in Hancock County, at shops, restaurants, gas stations, you name it.”

Several art vendors will also participate, Falgout said, to sell local wares and to “give ‘em a taste of Bay St. Louis.”

Back over on Main Street in the Bay, the annual Cruisin’ Venue entertainment is scheduled to begin at 11 a.m. Thursday.