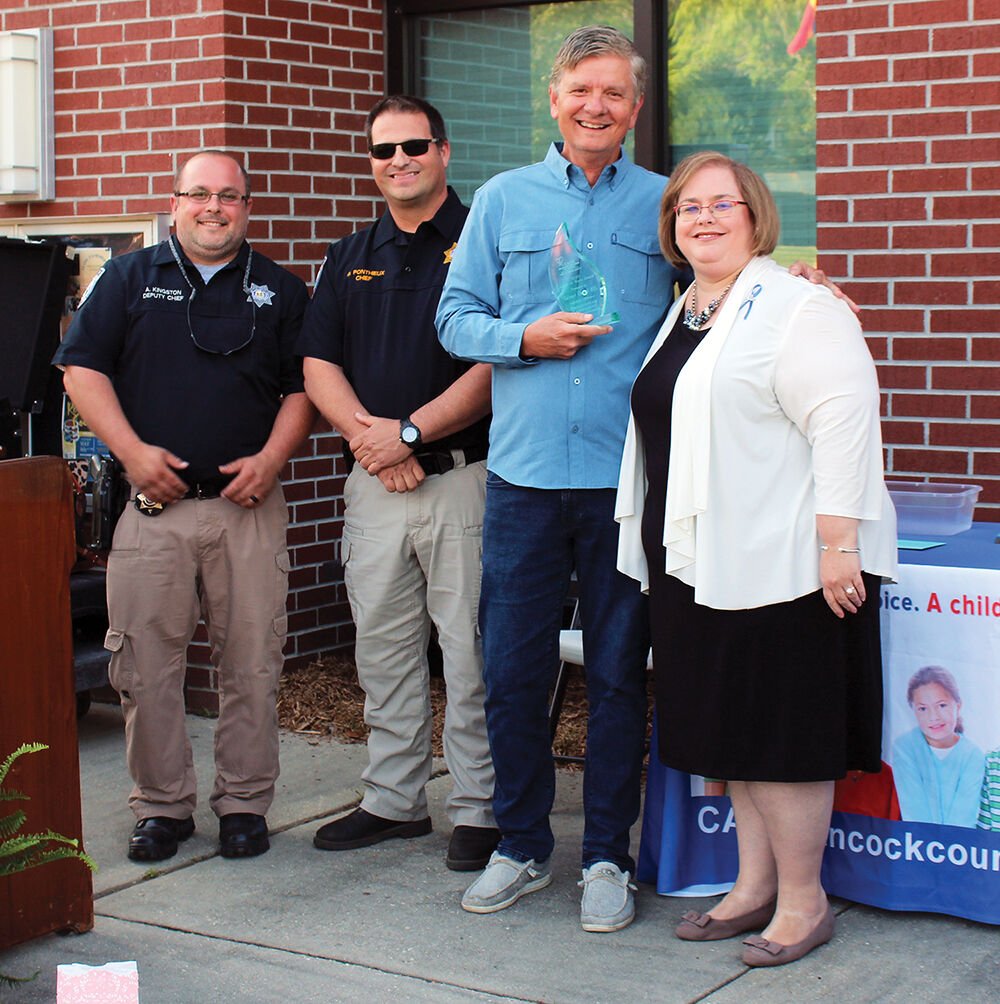 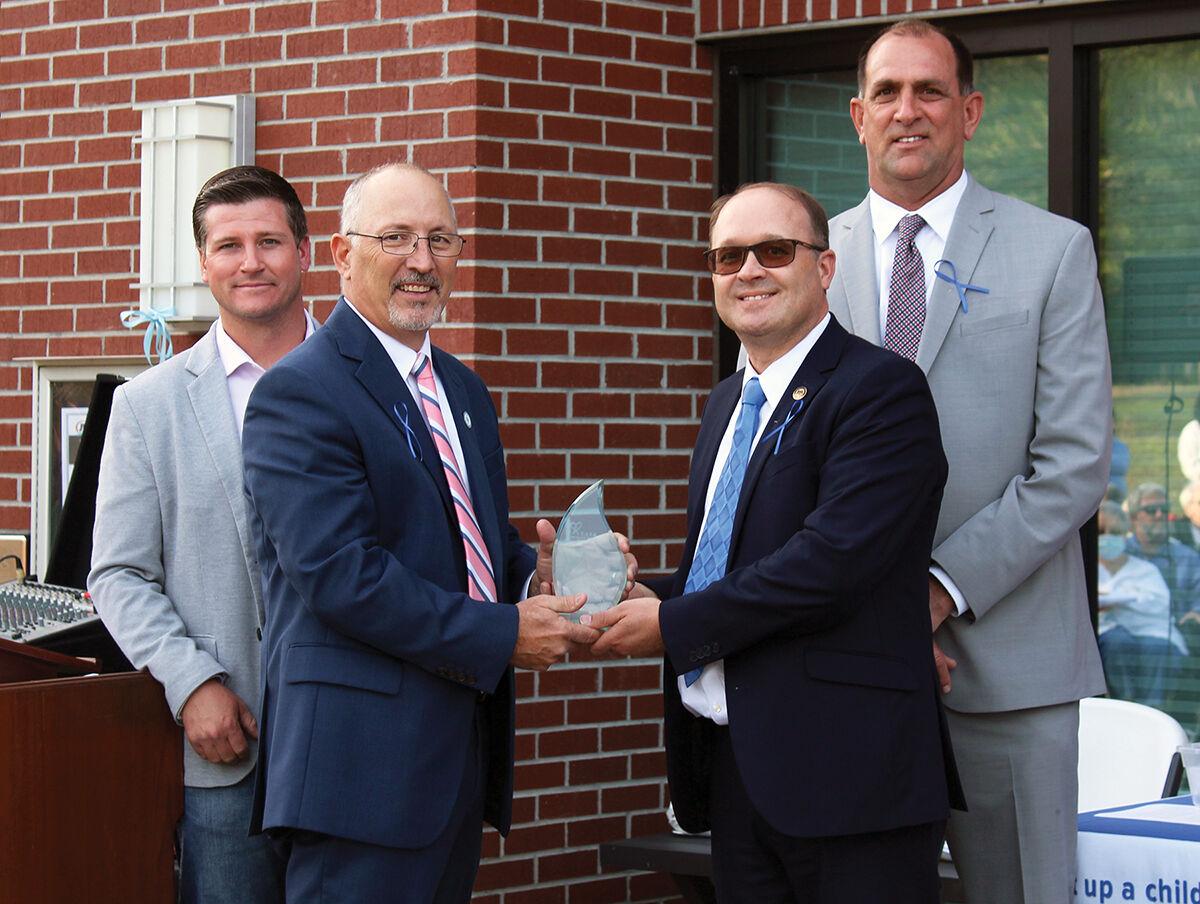 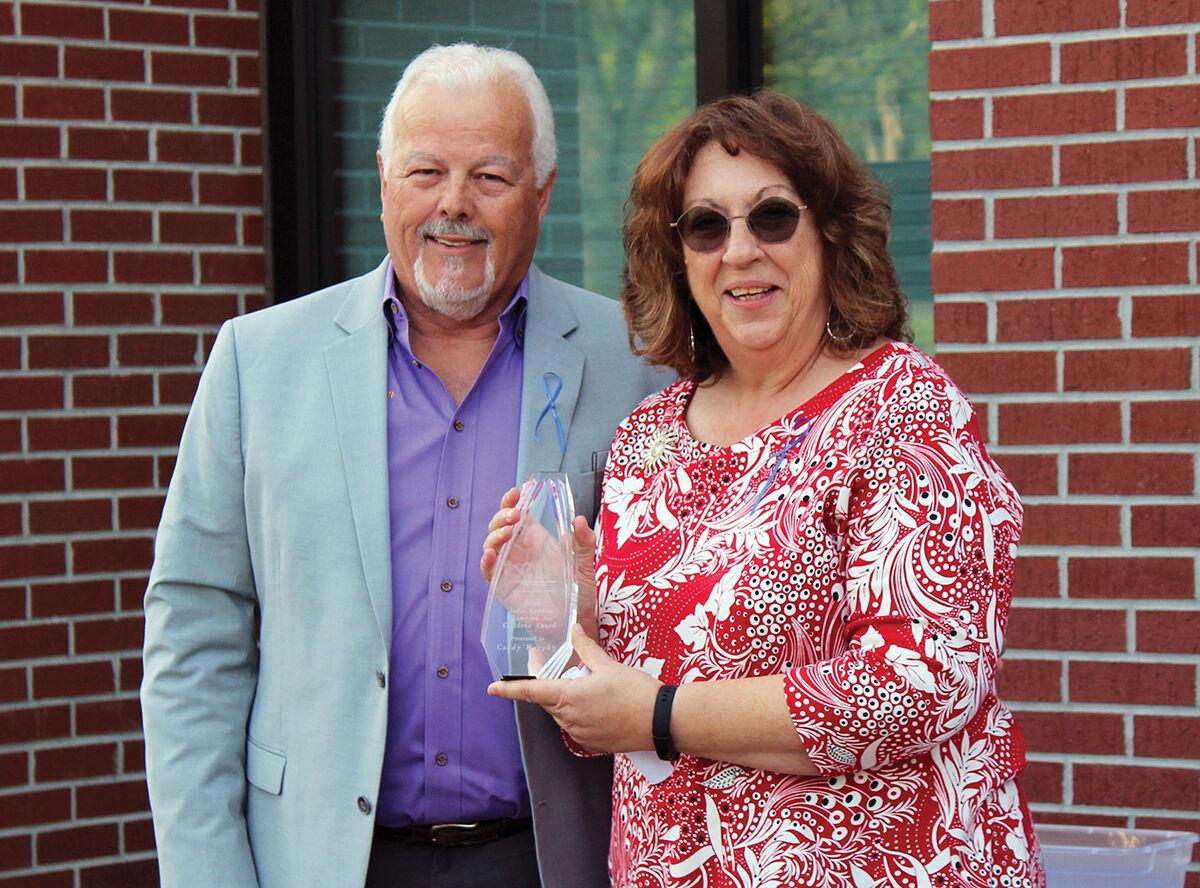 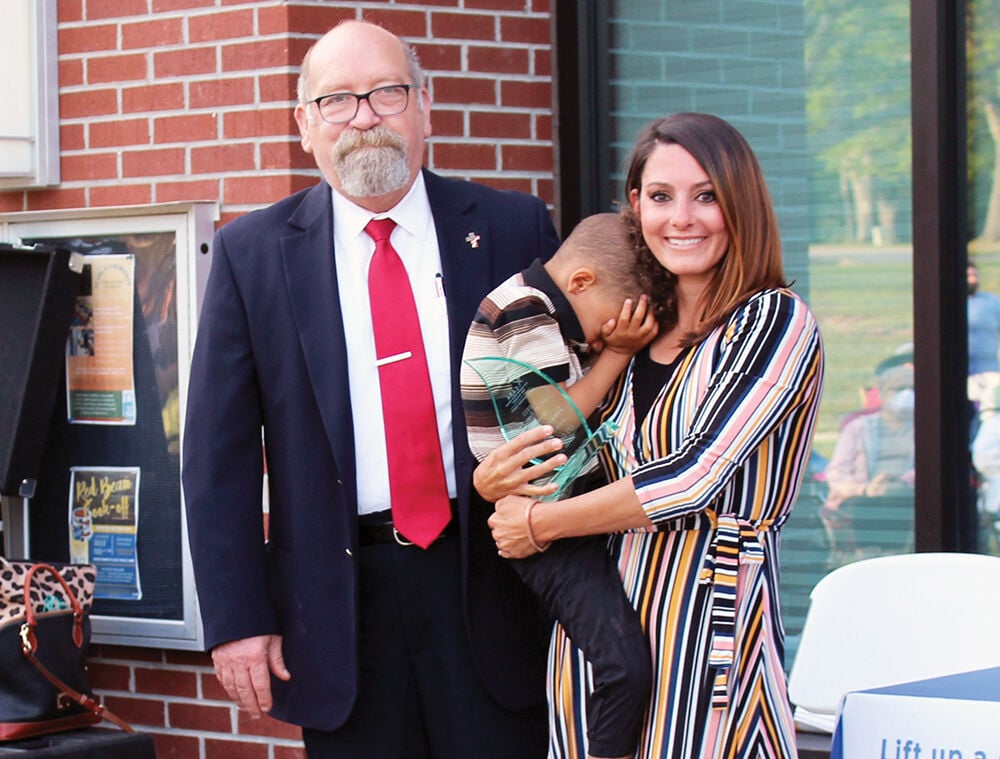 Jennifer Noto was presented with the 2021 Light of Hope Award recognizing the CPS Case Worker of the Year. The award was presented by Waveland Mayor Mike Smith. 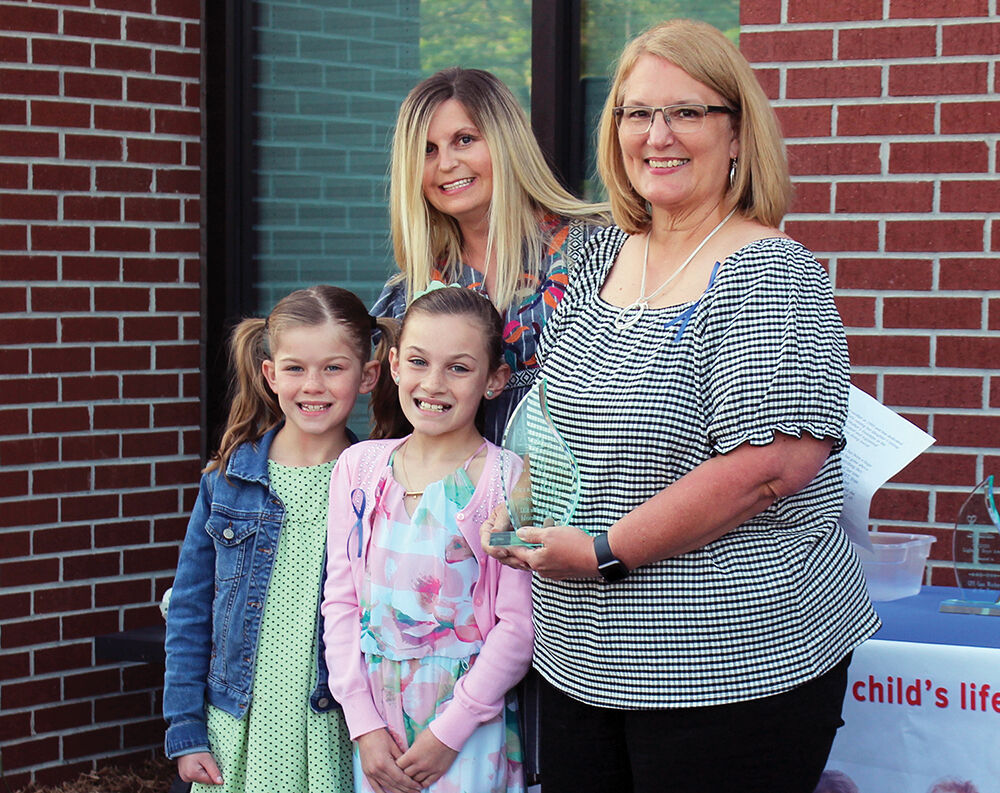 2020 CASA Advocate of the Year Susan Mumme, right, with the Foubare family. 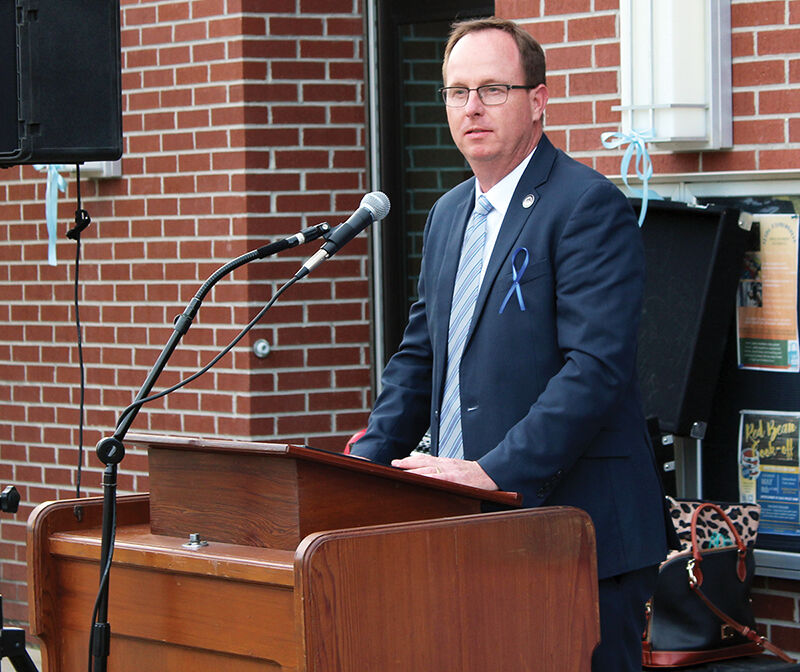 “The needs of Hancock County’s children coming into care are more complicated than ever before, and life in foster care can be chaotic,” CASA Executive Director Cynthia Chauvin said. “Every child deserves the support of a caring, consistent adult with the training to help them heal and thrive.”

This year’s CASA Advocate of the Year is Mary Craig, of Diamondhead.

“Mary was sworn in as a CASA volunteer in November 2017 and has advocated for six children over the last three and half years,” Chauvin said. “Mary’s vast knowledge of healthcare, child development and public health makes her an incredible advocate for children with medical or educational needs.”

Craig said having the honor and opportunity to be a child advocate was a reward in itself.

“”To be able to be there with a child and to help that child, to nurture that child and be someone special in their life, that just means so much,” she said.

“Chris serves as the Assistant District Attorney for Hancock County where he spends countless hours preparing and prosecuting felony crimes,” Chauvin said. “Additionally, Chris is a 26-year veteran intelligence officer in the U.S. Navy Reserve where he currently holds the rank of Commander and serves as the Commanding Officer of a reserve Defense Intelligence Agency unit in New Orleans.”

Hancock County Supervisor Scotty Adam introduced Daniel and presented him with his award.

Jennifer Noto was named the 2021 Child Protection Services Worker of the Year.

“Jennifer began her employment with CPS in 2013 and has worked as a both a frontline case worker as well as an adoption specialist,” Chauvin said. “Jennifer’s positive attitude is infectious. She develops rapport with her clients and work tirelessly on each case she is assigned.”

Waveland Mayor Mike Smith presented Noto with the award, praising her dedication to the children she assists.

Also honored at last week’s Light of Hope ceremony were the winners of the 2020 Award for Outstanding Community Professionalism, 2020 CPS Case Worker of the Year and 2020 CASA Advocate of the Year.

The 2020 CPS Case Worker of the Year was Pamela Horne, who was unable to attend the event. CASA of Hancock County Board President Glenn Hood said she had worked tirelessly on behalf of the children in the court system.

The 2020 CASA Advocate of the Year was Susan Mumme. The award was presented by the Foubare family, for whom Mumme advocated for until the family was able to adopt their two charges.

District Attorney W. Crosby Parker was the keynote speaker for the event.

Parker said he had prepared a long speech, but cast it aside in favor of a few heart-felt words to Chauvin, the CASA advocates and all of the ceremony’s honorees.

“I’m so proud to call each of you a partner in what we do and I’m proud to be your district attorney,” he said.

CASA of Hancock County provides abused and neglected children with quality advocacy in the court system and to secure a safe, permanent, and nurturing home for them by recruiting, training and supporting a diverse network of Court Appointed Special Advocate volunteers.