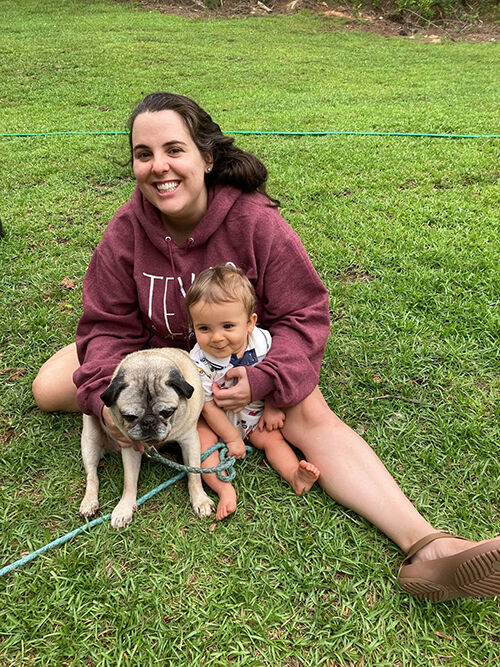 Heather Deaton and her son Charlie with Bobby the Pug, Heather's therapy dog. 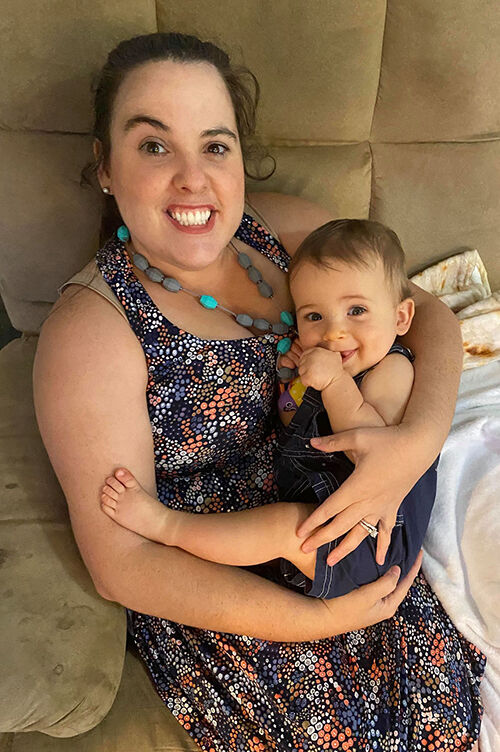 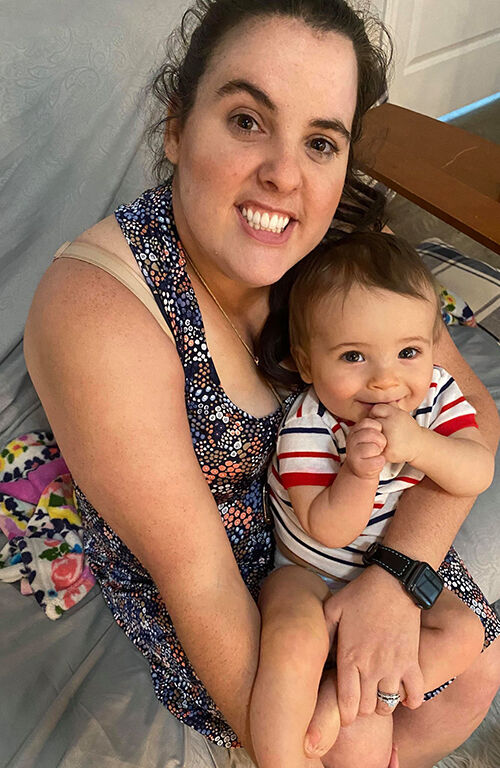 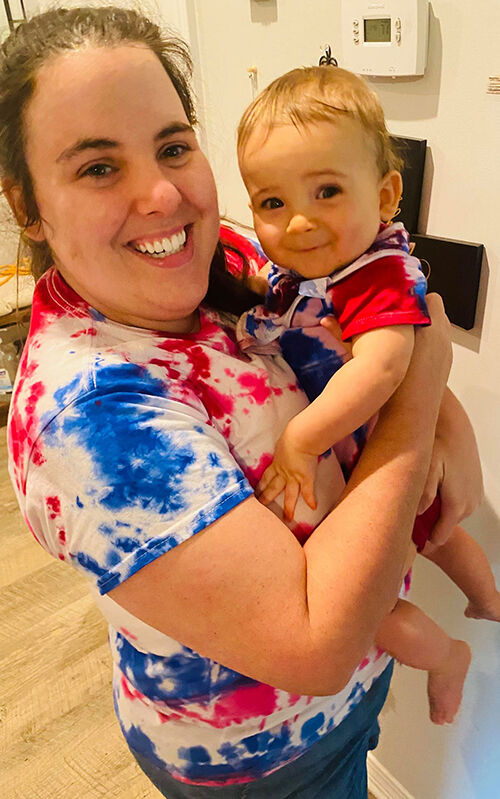 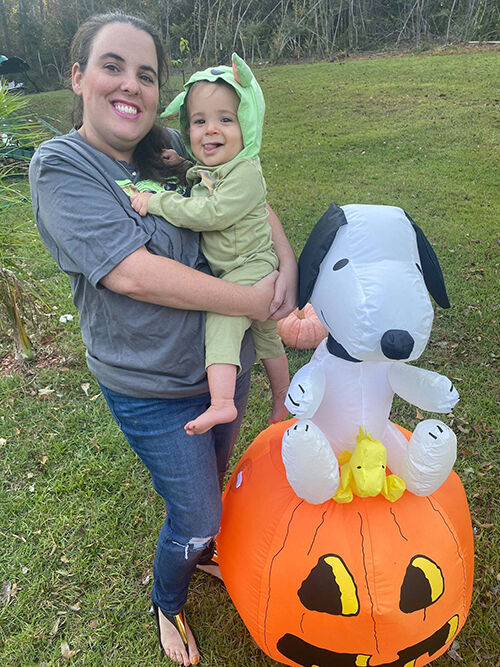 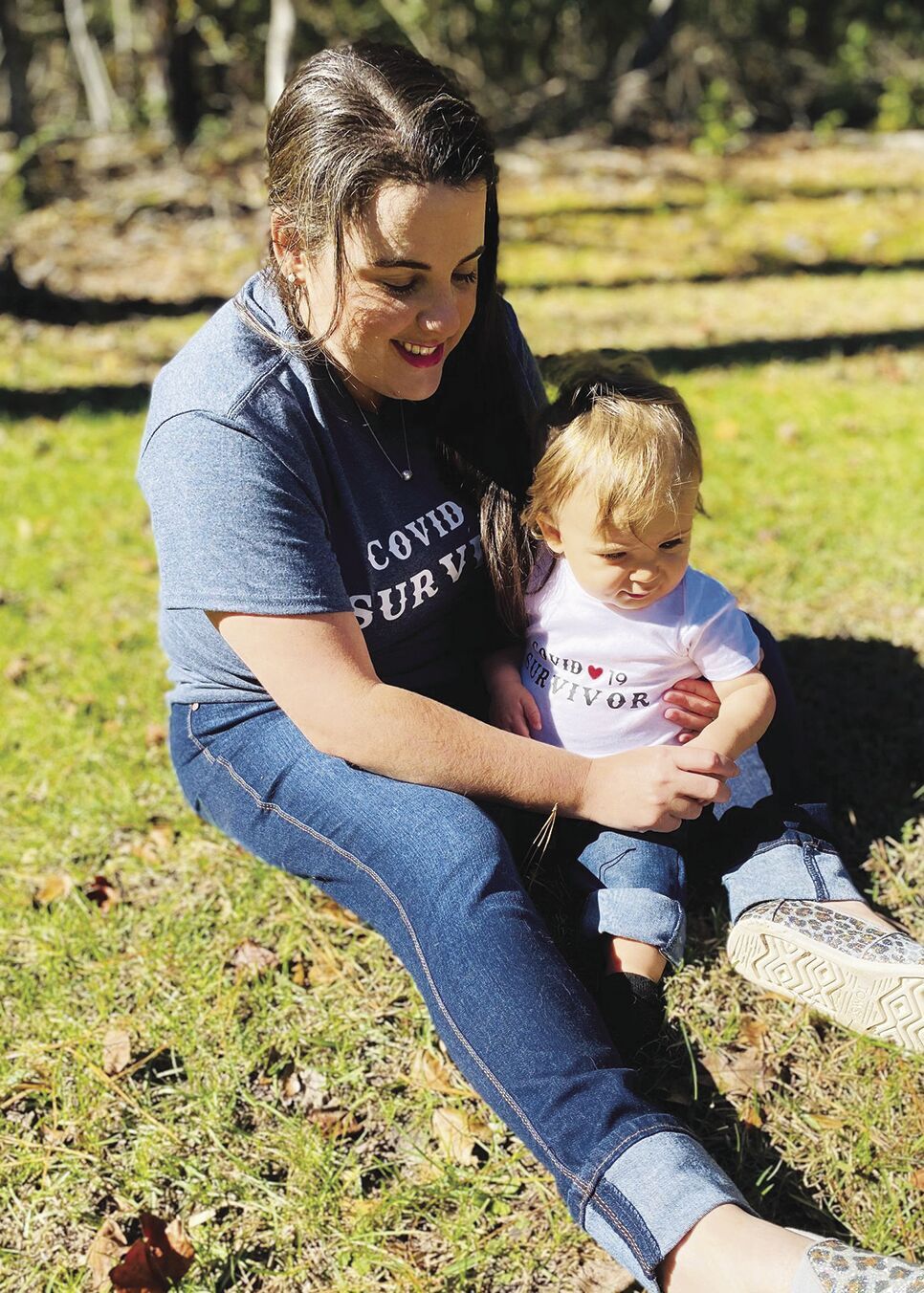 Heather Deaton and her son Charlie with Bobby the Pug, Heather's therapy dog.

A day or two after Hurricane Zeta, Heather and Jordan Deaton of Diamondhead noticed a steady stream of what appeared to be “yellow goo” running down their one-year-old son Charlie’s face.

“His eyes were sunken in and he had a rash,” Heather said. “But he never ran a fever.”

A couple of days later, Heather began exhibiting symptoms of her own, which included feeling pressure in her face and irritation, but no fever.

At first, the couple believed that Heather and Charlie were suffering from problems related to allergies.

It wasn’t until they were notified by officials with Charlie’s school about positive COVID-19 cases and his exposure that the family realized that Charlie and Heather might have COVID-19. A visit with the family doctor confirmed the diagnosis.

Heather is immunocompromised, which makes social distancing a must for her health.

She is a survivor of Chiari Malformation I, a condition which caused her brain to herniate out of her skull into her spine, which left her confined to a wheelchair for a year, until she inexplicably began walking again.

Heather was also diagnosed with Mast Cell Activation Syndrome, a rare condition that makes her body have an over-histamine response to everyday things, she said.

She also has Postural Orthostatic Tachycardia Syndrome, which makes her very heat-sensitive and can cause her blood pressure and heart rate to jump or be excessively low, she said.

Heather also has been diagnosed with Ehlers Danios Syndrome Classical, which affects all of the connective tissue in her body such as the heart, lungs, skin, and joints.

She has Gastroparesis, which severely delays stomach emptying that causes nutrient deficiency.

She has narcolepsy, which is an inability to regulate sleep wake cycles and causes temporary paralysis due to strong emotions, she said.

“I also have severe scar tissue on my lungs that was found through CT scans when I was pregnant, from being on oxygen until I was three years old,” she said. “That was by far the most dangerous thing about me having COVID.”

Charlie was born prematurely and spent the first two-and-a-half weeks of his life on oxygen and a ventilator.

“We take all the precautions and wear masks,” she said. “But Charlie can’t wear a mask and he was the one that brought it home.”

Heather said that the possibility of the family having COVID-19 was always in the back of her mind, but because they never ran a high fever, which is one of the most common symptoms, they never thought to get tested.

During the worst part of her illness, Heather said it felt like someone “poured acid into my lungs and nasal cavity.”

“It felt like someone had blown up a balloon inside my nasal cavity and it was very swollen and completely closed,” she said. “I realized I was super sick, but still not running a fever, but thought it was odd that I couldn’t even smell my favorite candle when I put it literally right up to my face. I also couldn’t smell Charlie’s dirty diapers.”

Heather said it also felt like an elephant was laying on her chest because it was difficult to expand her chest at all.

She said she had and still has “deep body aches.”

After her doctor confirmed their COVID-19 diagnosis, he said that Charlie’s symptoms — the red eyes, rash, and yellow snot — are classic symptoms of COVID-19 in babies.

“I feel like if we had known how it manifested in babies, we would have acted sooner,” Heather said.

The doctor told Heather that she and Charlie experienced a “mild” case of COVID-19 and that both of them, given their respective medical histories, were a “walking miracle.”

“If that was a mild case, I don’t want to know what a bad case is,” Heather said.

Even though it’s been more than two weeks, Heather said she still gets fatigued if she over exerts herself. She has been riding her bike and taking walks to build her strength back up. Charlie is now symptom free.

“It felt like I was in a bad car accident and just have to heal,” she said.

During Charlie’s worst bout with the illness, Heather said he would cry and cry for no reason and didn’t even want to eat his favorite foods.

“It was hard on him because he didn’t feel good, either,” she said. “He’s never been sick and what a horrible thing to be sick with for the first time.”

Heather said that Charlie is doing much better. The “solid strain of goo,” which lasted about 14 days, has disappeared.”

Jordan, who suffered from asthma as a child, was also diagnosed with COVID-19 and experienced symptoms such as chest tightness, coughing, fatigue, and no sense of smell, Heather said.

“This (COVID-19) is very real and it really is scary,” Heather said. “It affected our family even though we are very careful, take the precautions and listen to the medical professionals. I think it’s so weird that none of us ran fevers. I just really want people to know that it doesn’t always mean a high fever. Maybe our story can help someone, help save one life.”