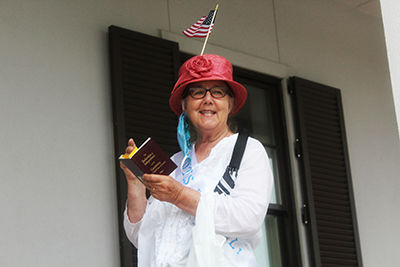 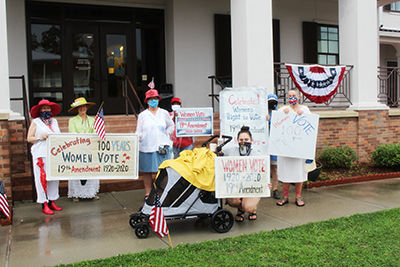 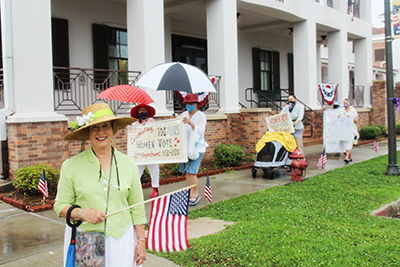 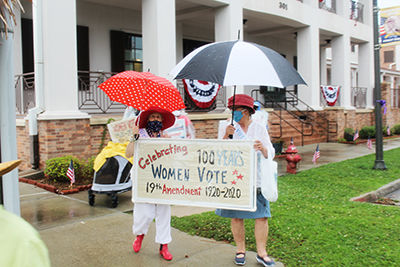 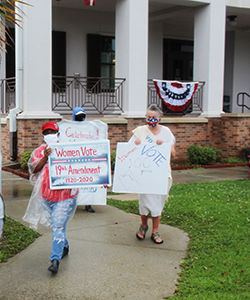 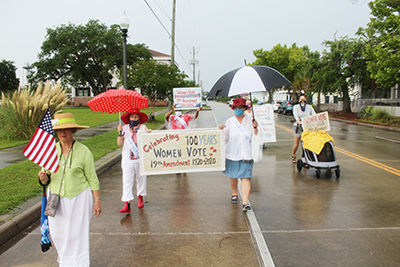 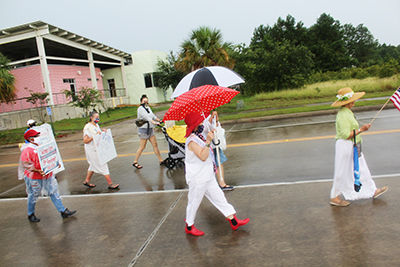 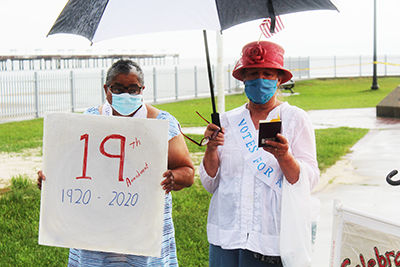 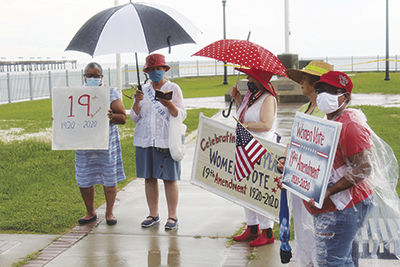 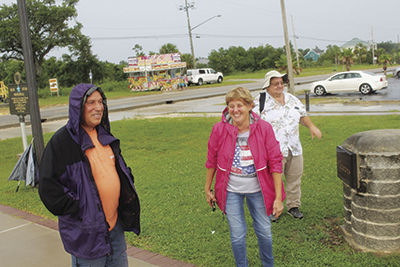 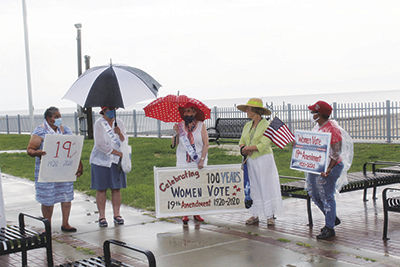 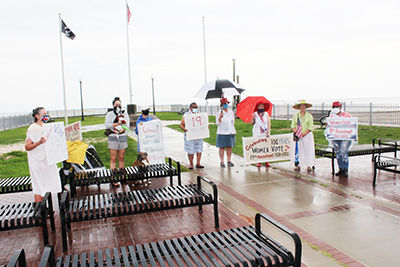 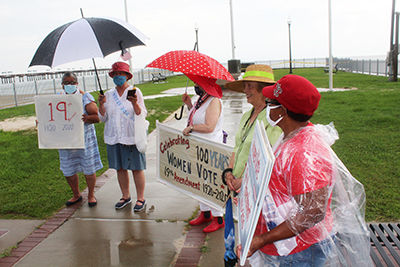 The rain on Independence Day may have thinned out the crowd a bit, but it didn’t dampen the enthusiasm of a group of local women who marched on Coleman Avenue In Waveland to commemorate a century of women earning the right to vote.

“Considering the rain, I thought that it went pretty well,” Ann Steinmetz, one of the organizers of the event, said. “The important part is to recognize the passage of the 19th Amendment and 100 years that women have had the right to vote. That’s what we are celebrating.

“The original Suffragettes, I think since about 1848 at Seneca Falls (N.Y.), dealt with a lot more. A little rain is not going to deter a celebration They endured beatings, they endured humiliation far beyond what we could understand, really.”

Saturday’s march marked the fourth event for the group, Steinmetz said, although, “It’s not a formal group. A bunch of us were just sitting around talking about it and decided something needed to be done. We made signs. Our first march was the Martin Luther King parade in Waveland — people could join in if they wanted to — and it’s just kind of grown from a core group of 17 people.”

The group will march again on Aug. 8, as part of the Old Town Bay St. Louis Second Saturday Artwalk, and anyone is welcome to join. The group will gather behind the Main Street United Methodist Church at 5:30 p.m. and begin the march at 6 p.m., Steinmetz said.

“Sometimes people bring a golf cart and others walk,” she said. “They can just show up, or if they want to call or text me (at 505-259-4232) they can. They can contact me or Goldie Fairconnetue.

“We look at these parades as being non-partisan. We don’t care, we embrace everyone. Men, too.”

The group will also join the Hancock County Republican Women’s Club celebration, “Winning the Vote,” which is scheduled for Wednesday, Aug. 26, from 5-8 p.m. at the Longfellow Community Center in downtown Bay St. Louis.

According to the HCRWC, the day’s events will begin with a meet and greet featuring food and a cash bar, as well as an opportunity to register to vote.

Parade line-up will begin at 6:30 p.m. and the parade is set to rollout 7 p.m. Golf carts will be allowed. The parade will finish up at the Hancock County courthouse.

All proceeds from the event will benefit a local non-profit organization dedicated to the welfare of women, Magdalene House.

To register for “Winning the Vote,” go to www.hrcwomensclub.com. For more information, email hcrwomensclub@gmail.com.