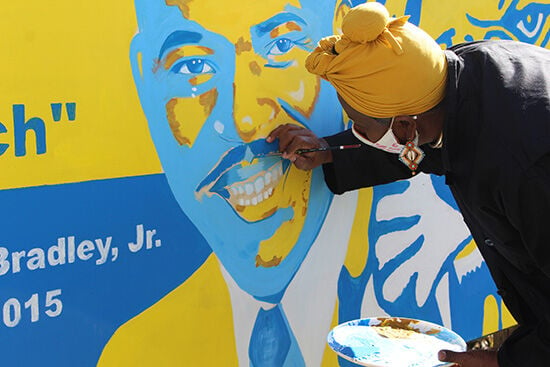 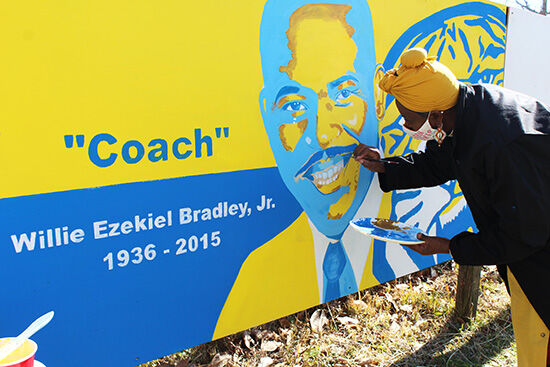 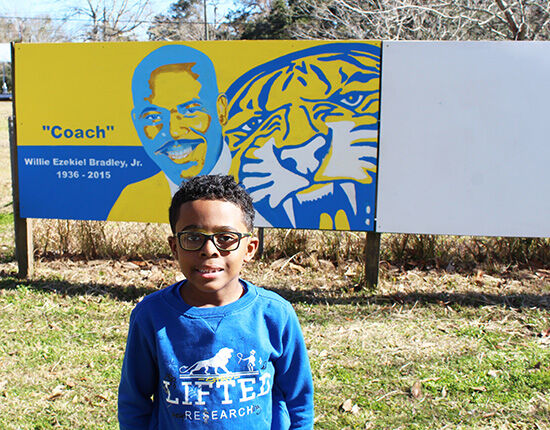 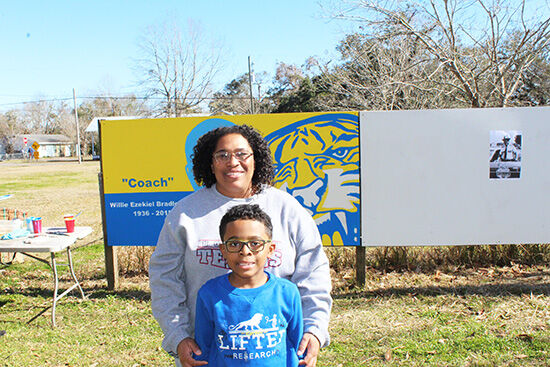 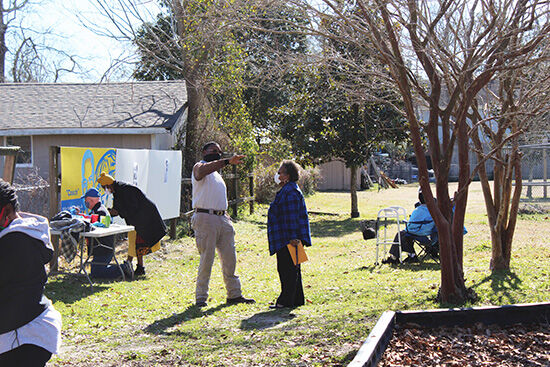 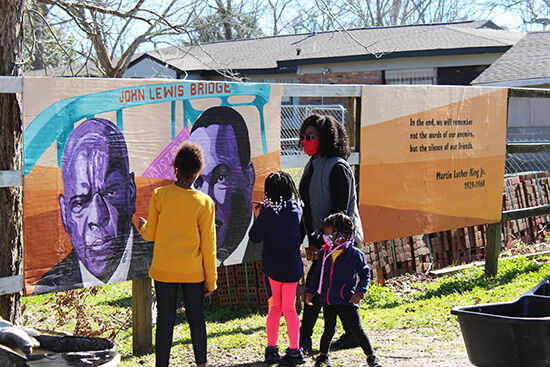 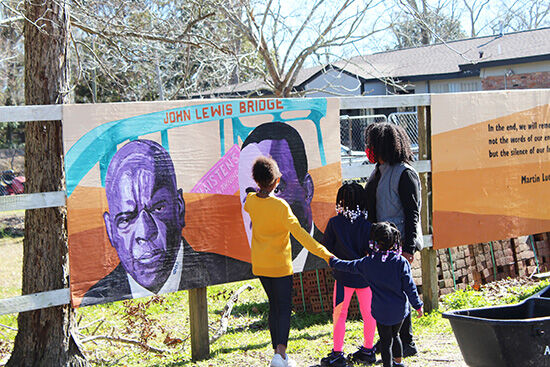 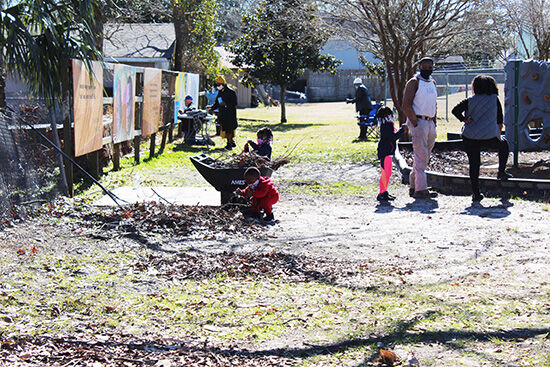 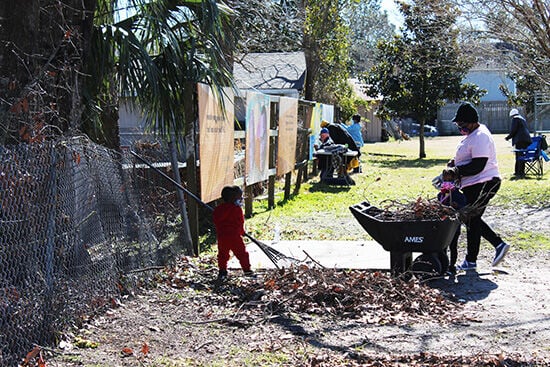 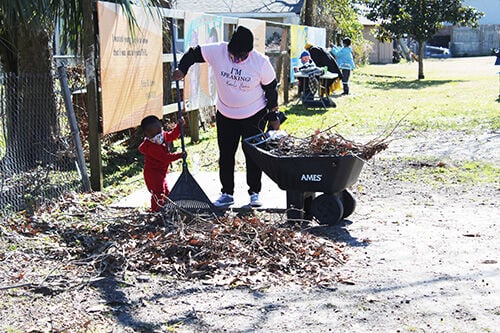 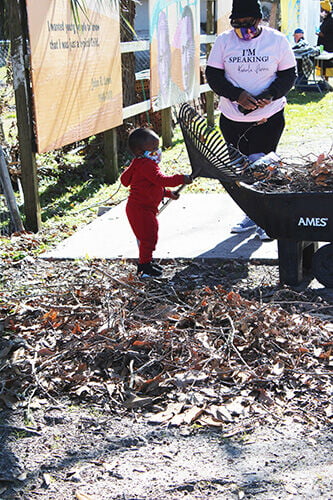 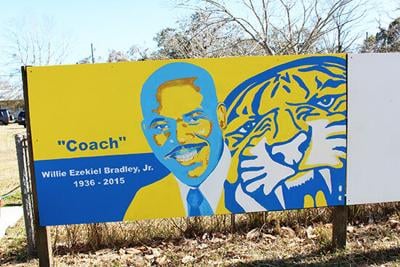 The Hancock County branch of the NAACP on Monday unveiled the first of three new murals at Martin Luther King Park in Bay St. Louis.

Hancock County NAACP president Gregory Barabino said he was thinking about “education” and local “role models” when he thought of adding murals to the wall at the park.

“We really take for granted that the children have role models to look up to,” Barabino said. “And it’s Martin Luther King weekend and we know MLK’s story and there’s a lot of people that are on the ground doing the work that MLK set the example for. So, I wanted to commemorate, immortalize, and tell the story of what I would consider unsung heroes. People that you hear about, but we really hadn’t sat down and discussed their contributions to the community, the impact.”

His daughter Shalon Bradley said the mural made her “heart happy.”

“It’s beautiful and it looks just like him,” she said. “This is a way to teach the younger generation about him and maybe influence them.”

Shalon said that after her father was honorably discharged from the U.S. Army as a military policeman, he began his teaching and coaching career at Valena C. Jones during the 1960-1961 school year.

“After integration, he continued his teaching and coaching career at Bay High School until he retired in 1985,” Shalon said. “After his teaching career, he became co-owner of B & W Services, Inc. at Stennis Space Center, where he employed many people from the Hancock, Harrison, and Pearl River county communities for 21 years. He and my mom also owned S & D Inc., where they employed people from those same communities.”

Annie, Willie’s wife of almost 50 years, said her husband said Bay St. Louis was the “best place for him to live.”

“He didn’t want to leave Bay St. Louis for better positions at universities,” she said.

He would also host fundraising tournaments.

“He treated all those kids he taught like they were his own,” she said.

Annie shared one story about her husband’s generosity to his students.

“The local drugstore would let you get what you needed and pay at the end of the month,” Annie said.

When the bill came, Annie said she didn’t remember ordering anything from the drugstore.

“He would buy medicine for the kids when their parents couldn’t afford to,” she said. “He taught me a lot about how to be a good person and one of God’s children. He mentored those kids and didn’t just teach in the classroom.”

Barabino said that many of the coach’s students remembered a man who would help struggling students and former students said that he would purchase lunch for students who were unable to afford it.

“The fact that you have police relationships issues now in this day and age, and we’ve always had them, but the fact that we had a young man that was from this community and he ascended to the highest position in the police force, kind of offsets when people say the police can’t be trusted. You had somebody that you could reach out and touch.”

Clementine Williams is the oldest of Chief William’s six daughters.

She said the mural is a “great honor.”

“I say it’s been a long time coming,” Clementine said. “Everyone that has come to me and said things about daddy, white and black, was that he called it like he saw it,” she said. “He was fair. He was patient. He got to know all the people in his community and was so kind and funny and different. He just did what he had to do as a police chief and they all respected him. I thought he did a fine job. And plus, he came home to a wife and six girls. He was a good daddy and he spoiled all of us in the same way.”

Barabino said that Jones graduated from Dillard University and came back to Bay St. Louis to teach.

“The testimony somebody told me was that all the young ladies from a certain family became teachers and they were inspired by her (Jones),” Barabino said. “I think it was seven of them.”

Barabino said that he would not be where he is today were it not for the Valena C. Jones school.

“When I was a teenager, we used to have recreational programs there and we used to dance and socialize. I wouldn’t be a DJ, wouldn’t have owned a club, wouldn’t have done all those things had I not got to explore those interests growing up in this community under her namesake.”

“John Lewis was a leader who represented MLK’s values and so now what we’re doing is picking out the community leaders here in Bay St. Louis who lived the values of MLK and we’re able to honor them. So, this is just one of a series. We hope to have an entire wall filled with murals. We see this as a way to reengage with the community and take back the park.”

Barabino said that he hopes the murals will inspire more community members to share stories about local heroes.