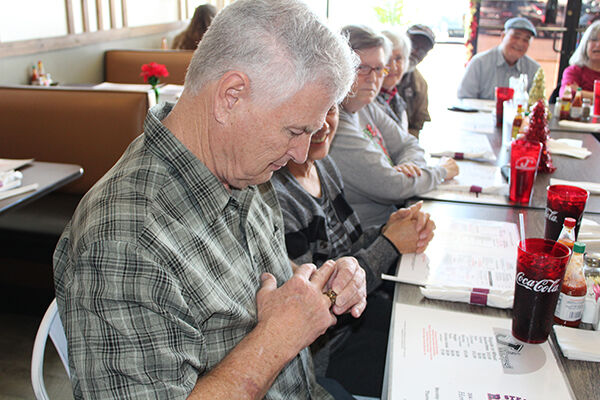 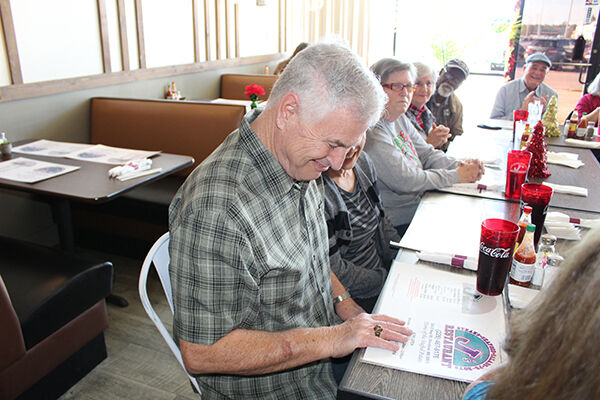 Classmates of Bob Lauderdale's on Thursday returned his ring to him after he lost it more than 50 years ago. 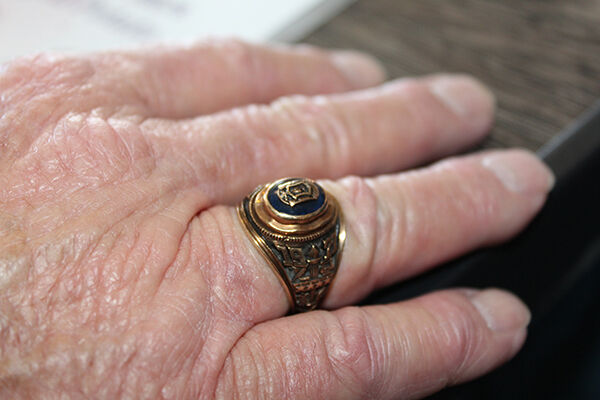 Bob Lauderdale's 1971 class ring was found in the mud after Hurricane Katrina in 2005. 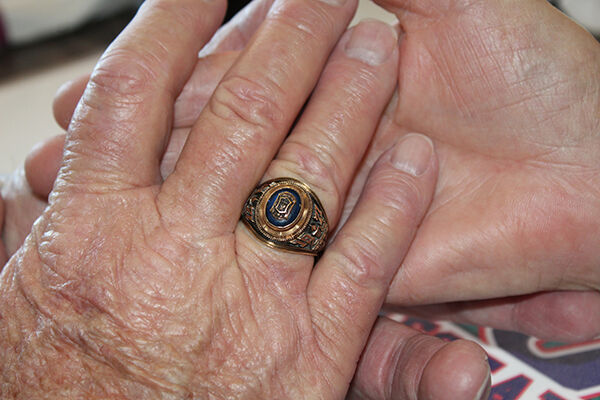 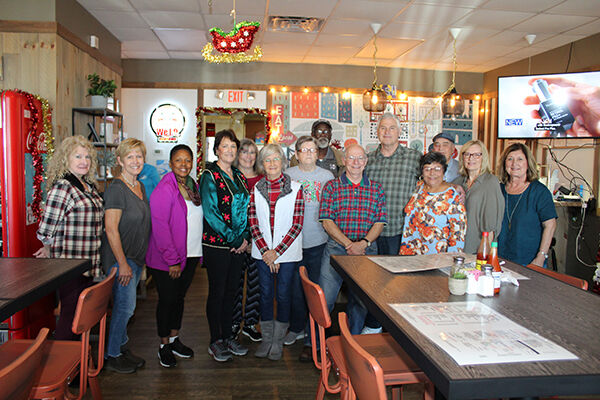 Members of Bay High School's Class of 1971 gathered at J's Restaurant in Waveland to celebrate the return of the class ring. 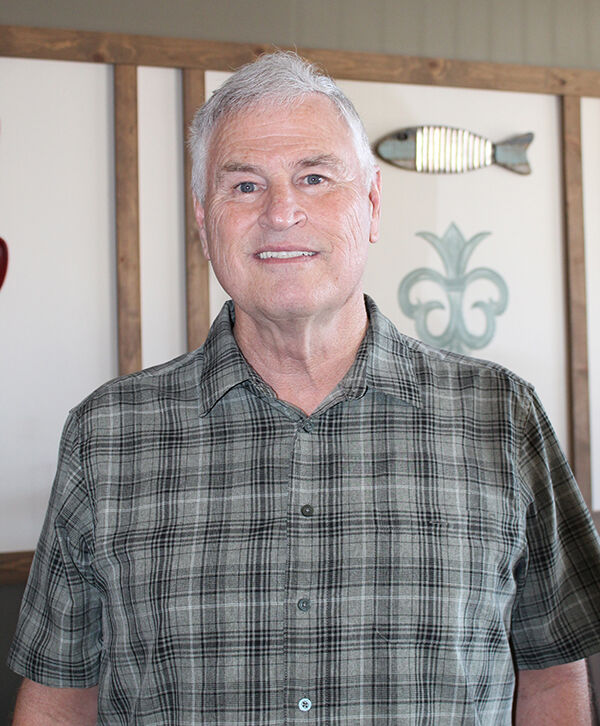 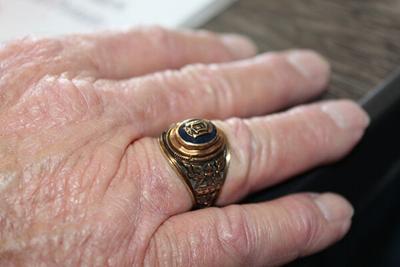 Classmates of Bob Lauderdale's on Thursday returned his ring to him after he lost it more than 50 years ago.

Bob Lauderdale's 1971 class ring was found in the mud after Hurricane Katrina in 2005.

Members of Bay High School's Class of 1971 gathered at J's Restaurant in Waveland to celebrate the return of the class ring.

During a luncheon at J’s Restaurant in Waveland with several of the 1971 graduates, Patricia Depreo told the story of how the long lost ring was found.

Robert Kane found the ring in a pile of mud in 2005 after Hurricane Katrina, she said. About a month ago, 1971 graduate Janet McQueen was visiting Kane when he took the ring out of a drawer.

Depreo said that after Kane saved the ring from the mud, he kept in his drawer at home all these years since Katrina.

“If Janet hadn’t have been there to see this ring in the drawer, he probably would have thrown it away,” Depreo said.

Depreo said that McQueen sent her a picture of the ring, which had the initials RML inscribed on it.

So, classmates contacted Lauderdale, who now lives in Colorado, about news of the ring. He was going to be in town this week to spend the holidays with his father.

Depreo picked up the ring prior to Thursday’s luncheon with members of the class of ’71.

“50 years you have not seen this ring,” Depreo said to Lauderdale. “This ring traveled from Felicity Street to Hwy. 90. I think if this ring could talk, it could tell a lot of stories. It could tell us exactly what happened during Katrina.”

And the ring still fit Lauderdale’s finger. The classmates described the event as a “Christmas miracle.”

Lauderdale said he really hasn’t thought about the ring since it was lost in 1971.

He said that it was quite possible the ring was lost while he was still living at his parents’ house on Felicity Street.

“My dad’s house was underwater in Katrina, and they apparently found this in a pile of debris from Katrina so it could be from there,” he said.

Lauderdale said he was “pretty shocked” when his classmates called him about the ring.

“I haven’t really thought about it,” he said. “And all these people here I haven’t seen in 50 years. It’s kind of out of the blue.”